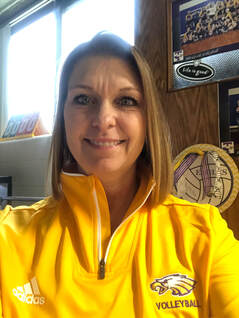 Hi, I'm Kristie Ochs and I'm excited to lead the CM Eagles Volleyball team this fall. I currently teach Phys. Ed & Health at Trimpe Middle School. I have coached volleyball for 30 years at Trimpe. I also coached track & field for 8 years. My love of volleyball started at Lincolnwood High School under the mentorship of Illinois Volleyball Coaches Association Hall of Fame coach Mary Hammersley.
My husband Jeff and I live in Bethalto. We have three kids: Jack, Eli and Annika.  In my spare time, I like to read, travel....especially to the beach....and spend time with family. 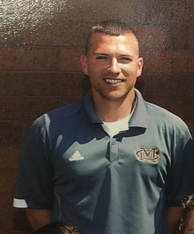 ​Coach Jarman is in his 9th season working in the Bethalto School District, and is a 5th grade teacher at Meadowbrook.


Coach Jarman has been an assistant with our girls soccer program for the past eight seasons, he served as boys assistant for two years, and is entering his 6th season as the CM boys soccer head coach.

Among the accomplishments of our boys soccer program under Coach Jarman was the 2016 Metro Cup Tournament Championship. He also currently ranks 2nd all time in career wins as CM boys coach.
Coach Jarman stresses team success, but not just on the field of play. One of the things he is most proud of is that his 2016 team grade point average (GPA) was a combined 3.4.

The 2019 boys team set the school record for wins with 19! They also won the first regional championship in school history. The 1999 team won a sectional, so it had been 20 years since the last postseason plaque!


He is a product of Roxana High School and Western Illinois University where he earned his bachelor's degree. Derek then attended Greenville College where he earned his Master's in Education. During his time at Roxana High School, Derek played baseball, basketball, and soccer. He earned all South Central Conference recognition in baseball while earning All-Conference recognition all four years in soccer, including 2nd Team All-MVC as a freshman, and 1st Team All-MVC as a sophomore. He earned all SCC honors as a junior and senior.

Coach Jarman and his wife, Susan, have three children - Hudson, Scarlett, and Jackson. He and his family enjoy traveling and attending sporting events, including visiting new baseball stadiums as often as possible.

Matt Carmody has been at Trimpe Middle School for 11 years teaching math and science.  He has coached both boys and girls tennis during that time.  Matt played 4 years of varsity tennis at Marquette in Alton before accepting a scholarship to play college tennis for 2 years at Lewis and Clark Community College.  Then he transferred to Southern Illinois University at Edwardsville to get his degree in education.  Later he completed his Master's degree from Rockford University.  He now resides in Saint Louis with his lovely wife Hailey, their overly affectionate 100 pound Saint Bernard named Daphne, and their 3 year old son, Parker. 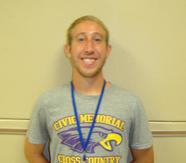 Our country coach is Jake Peal.

​Coach Peal has been coaching Cross Country for six seasons, all at Civic Memorial. In his first season as coach he served as a volunteer assistant for Mark Beatty. This is Coach’s Peal’s six year as head Cross Country coach and he also serves as an assistant track coach, focusing on the middle and long distance runners and high jumpers.

Coach Peal has been teaching Health and Physical Education in the district for five years. In Coach Peal's tenure as head Cross Country coach he has coached the boys teams to Madison County Small School Championships four times and the 2017 girls team to a Madison County Small School Championship. Coach Peal has coached 20 MVC All-Conference Athletes, and has led the Boys team to 5 sectional qualifying berths (2016, 2018-2021) and the Girls team to 2 sectional qualifying berths (2019, 2021). Coach Peal has coached two state qualifiers and one All-State cross country athlete.

Coach Peal is a proud CMHS 2011 graduate where he competed in Cross Country and Track. He graduated from Lindenwood University-Belleville in 2015 where he also competed in Cross Country and Track.  In his free time Coach Peal loves to watch other sports, and train for road races ranging from distances up to half and full marathons. He has qualified for the Boston Marathon twice.

Coach Jane Middleton has been coaching girls golf for several years. She is a retired CM teacher. She has volunteered at the Honda Classic Golf Tournament multiple years and at the PGA Championship at Bellerive Country Club in St. Louis. The team has grown through the years. They earned a regional title that took the team to sectional competition. Three CM golfers have made it to the state competition in which one earned all state honors. The team won MVC for the first time in CM’s history under Coach Middleton. One former CM golfer assisted coaching at the college level too.  Middleton attended SIUE earning both a Bachelor’s and Master’s degree in Education. She has two daughters and two granddaughters. If you’ve read this whole bio, she’ll give you a sleeve of golf balls. 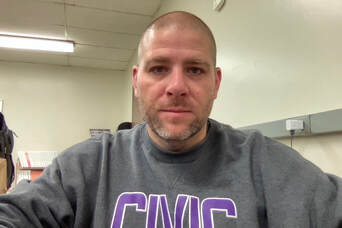 Coach Christeson is in his 5th year as Head Coach of the wrestling program. He is assisted by Chad Young (former Head Coach and long time Assist. Coach at CM) and Ryan Griffin.

In the past 5 Seasons, Civic Memorial had added a lot accolades to an already storied program.  The Eagles have had 14 Individual State medals as well as 3 State Champions. They placed 2nd as a team at the IWCOA State Tournament in ’20-’21 season. This past season the wrestling Eagles were the ’21-’22 IHSA Regional Champions as well as the MVC Conference Champions.


Coach Christeson graduated from Civic Memorial in 1995 and was a 3-sport athlete that played: Football, Baseball, and Wrestling. Jeremy went on to Wrestle and play Football at Lindenwood University in St. Charles, Mo. from 1995 to 1999.

Coach Christeson is also an Assistant Coach for our CMHS Football team under Coach Rick Reinhardt.

In Coach Christeson’s spare time he enjoys watching his daughters play their respectable sports as well as spending time with family and friends.
Jeremy is married to Jill (Williams) Christeson and has 3 beautiful children: Jenna (18), Claire (17), and Atilla (9). The Christeson’s reside in Bethalto and wouldn’t have it any other way. 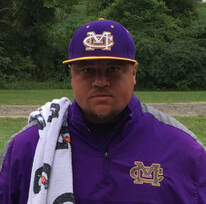 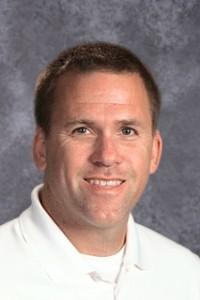 Clint Walters serves as the head track and field coach for boys and girls.

The 2019-2020 school year marks Coach Walters 18th year of teaching science and coaching at CM.  He served as an assistant track coach at CM during the first 5 years of that time.  Coach Walters also served as the CM Cross Country coach for 7 years.  He currently coaches the Trimpe Middle School Cross Country team in the fall.  He is a 1995 graduate of Carrollton High School where he was a state qualifier in the 400m. ​

Matt Carmody has been at Trimpe Middle School for 11 years teaching math and science.  He has coached both boys and girls tennis during that time.  Matt played 4 years of varsity tennis at Marquette in Alton before accepting a scholarship to play college tennis for 2 years at Lewis and Clark Community College.  Then he transferred to Southern Illinois University at Edwardsville to get his degree in education.  Later he completed his Master's degree from Rockford University.  He now resides in Saint Louis with his lovely wife Hailey, their overly affectionate 100 pound Saint Bernard named Daphne, and their 3 year old son, Parker.